‘Tying strings together is a union, connecting to people is a union, and the flow of time is a union. These are all parts of the gods’ power, the braided cords that we make are tied to that – a skill from the god – they represent the flow of time itself, they assemble and take shape, they twist, tangle, unravel now and then break and reconnect, that’s what a union is’

[3] Princeton 3D Vase 3. Turning Maya ceramics unlocks the animation embedded in their imagery. The motion of rotating this Late Classic alabaster drinking cup animates the Copan ruler Yax Pax to turn from standing in a profile position, to facing his body towards the viewer (see also Animated Themes / Position Change).

Turning Maya ceramics, or walking between their monumental art, activates ancient animations. It allows the art works to materialise into something greater than a single thread. As a viewer, you have to fill in the unseen, and since the concept is unseen, activating the animation requires belief and faith. Here, we present hand drawn copies of ancient animations that provide a window onto an ancient world. The animations detected are equivalent to finding a box full of ancient movie reel clippings, energising Maya studies and elevating these ancient artworks to another, deeply philosophical, level. As such, they form threads that were once woven into Maya philosophy, umbilical cords to the past.

Many of these artworks must have been created using templates that were measured out and then altered ever so slightly to allow for the smallest depiction of movement (e.g., see Naranjo [1]). The trick is to look for what is different between the images. We can imagine how people must have enjoyed turning the ceramics, backwards and forwards, as we still do, feeling satisfaction when spotting the animation; possibly even enjoying discussions shared with others on the artists’ skill, elevating the three-dimensional into the fourth-dimension by incorporating time into their work.

The recognition of rendered motion in Maya art is not wholly new. A handful of animations have been independently noticed by others, and that ceramics have to be turned to be read (Miller 1999:200-201), and that this turning adds a dynamism, or animation to figures speaking, dancing and walking (Loughmiller-Cardinal 2008:37-38). Mary E. Miller (1988:321) noticed the implication of animation incorporated into the depiction of rattle players painted in the eastern mural room of Bonampak Structure 1. Brian Just (2012:180) noticed three dancers’ matching regalia, poses, proximity and physical overlap expressing the circular spinning motion of dance with time on a vase painted by the Maya artist known as the Master of the Pink Glyphs (see below, J_Dancing 1].

For example, Wichman and Nielson notice implied animation on a Maya ceramic depicting the pellet of a hunter’s blowgun hitting and killing a bird (see Animated Themes / J_Hunting 1; Wichmann and Nielson 2016:293, fig. 11.4). However, despite the excellence of their work, they do not make the ‘knight move’ leap to recognise that in Maya thought time was equal to transformation – time is change – and that different individual representations depict the same figure, shown undergoing a staged transformation in separate ‘stills’. Another example discussed by the authors concerns a ceramic displaying three seated figures drinking from large cups (see Wichmann and Nielson 2016:298, fig. 11.7), which, rather than depicting three different individuals, as the authors suggest, actually represents the same figure – who on consumption of a probably intoxicating liquid – undergoes transformation with time (see J_Transformation 5).

In another example, when discussing a vase displaying three fantastical creatures (see Wichmann and Nielson 2016:302, fig. 11.12), the authors interpret these as different creatures, while we read their representations as showing the movement or animation and transformation of one being, recorded step-by-step; this sequence is similar to a ceramic we detected showing the transformation and movement of a jaguar-beast [see below, J_Transformtion 4]. This injects an extra level of dynamism into Maya artworks.

What is new about our work is that we reveal a key that unearths hundreds of animations on Maya ceramics and dozens of animations that may still be found at Maya archaeological sites. To unlock these animations we need to see that:

Time was associated with the number three

Time was associated with transformation

Time was seen as circular in Maya thought

Our research has shown that the Maya incorporated animation within their artworks as a standard practice; not just on painted ceramics, but bringing their subjects to life also within their mural programmes and carved in stone on lintels, stelae and panels. The key is to accept that to the Maya ‘time’ meant ‘change’ and that the number ‘3’ was symbolically linked to time. Consequently, repeated figures, for example, of rulers, birds or gods, do not represent different individuals, but instead show the transformation of one individual in successive stages. As the viewer, our role is to fill in the gaps, the unseen motion between each ‘still’ captured.

In addition, we need to recognise that our movement along monumental artworks will activate the copious Maya animations, previously gone unrecognised; by moving along murals, panels displayed along structure exteriors, ducking between lintels supporting the entrances into buildings, or walking between stela groups, we become the key to activating their content.

Our website aims to showcase the many Maya animation examples we have uncovered, hoping to keep adding new ones as we – and others – come across them. As such we hope to provide a tool on how to read Maya art that visitors to Mesoamerica can use on their travels, thus bringing their experience of Maya sites and their ancient philosophy to life! We have grouped the animations according to their type (e.g. Ceramics, Murals, Lintels, Stelae, Panels) and into the modern countries from where they originated (e.g. Belize, Mexico, Guatemala) in the Archaeological Sites section; or, when the context of the artworks is unknown – which is frequently the case – we have grouped the animations according to their symbolic content in this Animated Themes section (e.g. Scribes/ Artists, Hand Gestures, Dancing, Hunting).

We hope you will enjoy the animations we present here and that you might bring to our attention any new ones you find on your journey of Maya discovery, so that we can add them to the site! 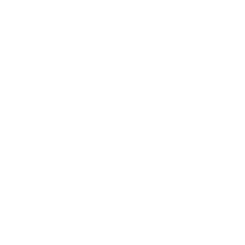 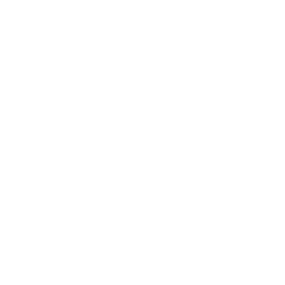